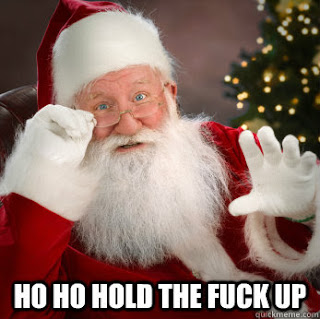 As we all know, Monday December 20th 2021, there was a double shooting in at a resort in West Kelowna. Although the local shootings have been a bit quieter this year compared to others, I will remind everyone that it's Christmas and I'm going to bring up some past history.

Christmas 1995 the Hells Angels killed a police informant named Eugene Uyeyama and his wife Michele. They hired hit man Bobby Moyes and a co accused named Mike to do the deed.

They showed up at their home four days before Christmas and said they had presents from the "boys." We all know what that means. She told them to leave the packages on the porch, but hit man Bobby Moyes said it was too wet. So Uyeyama reluctantly undid the chain and opened the door. Once the door was open, Moyes said he stepped inside and stuck a gun in Michele's face. He told Mike to take care of her, then went down the hall and found Eugene Uyeyama in bed.

They strangled the couple. Moyes then unwrapped one of the "Christmas gifts" to reveal a can of gasoline. He poured gasoline on the couple, left a flammable trail to the front door and lit it as they left. Merry Christmas. People are going to say well that happened a long time ago. Yes it did but it establishes two things. It established a Method of Operation and it proves the Hells Angels control of the Vancouver drug trade back in 1995, 12 years after they first came here.

It also relates to the execution of Anthony Terezakis December 26 2020. At least they waited until the day after Christmas that time. It was kind of karma coming back to bite him since Tony was responsible for the Christmas 1995 murder. Salvatore Ciancio hired Bobby Moyes. Salvatore Ciancio sold drugs with Tony Terezaki. They killed Eugene and his wife because Eugene was the police informant that got their drug operation busted.

My point in all this is that killing people at Christmas is f*cked up.

The saying "All roads lead to Rome" means that All paths or activities lead to the center of things. In this case, all our drug related gang violence leads to the Hells Angels. The Hells Angels were responsible for the Surrey Six though Larry Amero and Jamie Bacon. 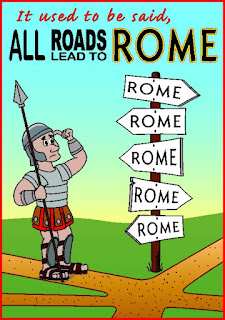