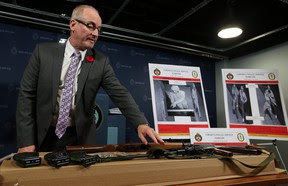 Global is reorting that "Toronto’s police chief admits that a senior officer who admitted stealing drugs while on the job should have faced charges. Veteran homicide detective Paul Worden quietly retired from the Toronto Police Service last January. Two weeks later, a report in the Toronto Star revealed that he had been forced to retire after he was caught stealing opioids from lockers where evidence was kept." Never mind that. How about the murder of Rodger Kotanko? 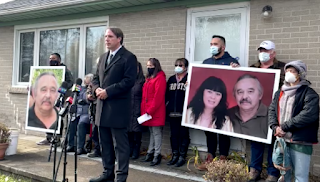 CBC is reporting that "The Toronto police officer who shot gunsmith Rodger Kotanko nearly a month ago won't talk to Ontario's police watchdog. Special Investigations Unit (SIU) spokesperson Kristy Denette told CBC Hamilton on Tuesday morning, the subject officer also "declined to release his notes, as is his legal right." AYFKM? Murder is not a right.
Posted by Dennis Watson at 3:33 PM