The Witcher Season Two has begun 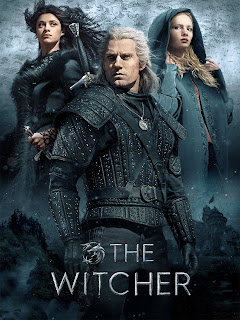 I've been watching Season One of the Witcher on Netflix. I'm not really into all the hocus pocus stuff but I like the main character and the plot. It's well written. He's buff, has a longsword and consistently displays moral conviction in his travels. I never got into the Game of Thrones but I did like Charmed. That was kind of like a Harry Potter theme and the girls consistently displayed moral conviction in confronting evil in it's many forms.

Last night I came to the season finally and I was like AYFKM? Then an ad popped up saying Season Two begins Friday on Netflix and I was like hey, that's tomorrow. What great timing.

Before she finds Geralt, the young girl sees him in a vision calling out for Yennefer. When they finally meet she runs into his arms and they say people whose destinies are tied together will always find each other. Then she looks him in the eyes and says Who is Yennefer?!

I had to laugh when I heard that. As I said it's obvious they are destined to be in a supportive relationship not a romantic one. Yet she finally meets the man she is destined to find and says who the f*ck is this girl you've been shagging? If they were destined to be in a romantic relationship that would be a concern. However, I think Yennefer has an important role in helping the young girl find her potential. Time will tell.