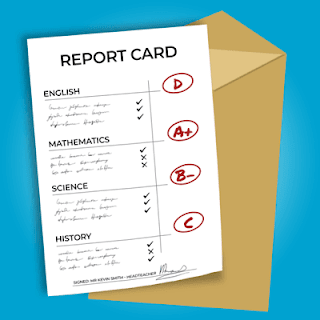 This post ties in with my New Years message and is a year end review of sorts. It's a report card for how the BC NDP handled the flood and Covid. Let's start with the flood. For fixing the Coquihalla highway so fast they get an A+. For putting a Tiger Dam across the 401 Freeway in Abbotsford they get a F as in WTF? I shall explain.

As I first pointed out when it happened, the flooding in BC was a legitimate emergency because it knocked out commercial transportation routes. Thankfully, Kamloops, Kelowna and Prince George were able to get supplies to refill their grocery stores from Airdrie, Alberta. If that route was also washed out all the stores would have run out of food instantly.

The Coquihalla highway is a main transportation route for the rest of the country to access the Port of Vancouver. Prioritizing getting that reopened was a wise move. First they cleared the mudslides on the Hope Princeton highway, then they focused on the Coquihalla. A +

The flood response in the Fraser Valley at the Sumas river was a different matter. For Repairing the Dyke that broke which was built below design in a timely matter they get a B. However, as I said, for putting a Tiger Dam across the 401 Freeway in Abbotsford they get a big fat F as in Fail Army. Imagine putting a Tiger Dam right across the Coquihalla highway. It would serve no purpose. That is the transportation route you're trying to protect.

Likewise, putting a Tiger Dam across the 401 Freeway served no purpose. It was the stupidest thing I have ever seen in my entire life. When you look at the pictures you can see their twisted rationalization. They were trying to shore up the sides of the river. The spot where they put the temporary Dam was where the river went under the Freeway. Yet they only shored up one side of the river which made their exercize completely pointless.

On top of that, they shored up the side that was at the bottom of a hill. If the river did swell over its banks at that spot, the water would have been contained by the hill. The water wouldn't have flowed uphill which meant their temporary Dam was completely useless. It was a dramatic publicity stunt that is all which earned them a big fat F in the history books.

Now for BC NDP's Covid Response. At first they weren't too bad. Overall I'd give them a C-. That was when they had a minority government. Yet as soon as they got a majority government they began to show their true colors and their response changed. For that they get a big fat F.

Covid caught us all by surprise. The media's sensational misrepresentation made if far worse. Lying about hospitalization rates was straight up treason. We now know that lockdowns are unacceptable. That is the conclusion of the Great Barrington Declaration. We have seen that the media is not only biassed, it is intentionally deceptive. We know that now.

If we want the true science, we will not find it in the media. We have to go to the medical coalitions that have set up websites to counter the false information the media is bombarding us with. The Omnicron is a con. We all know that. When viruses replicate themselves they get weaker not stronger. Bonnie Henry is a lying freak. We all know that now. Enough said.

In conclusion, I want to shatter a few stereotypes. One of my main objectives is to get people thinking outside the box. We need to think for ourselves. As Benjamin Franklin once said, Any nation that expects to be ignorant and free expects what never was and never will be.

Everyone says the NDP will tax and spend. Yet when they were elected, they got rid of bridge tolls and thereby lowered taxes. In contrast, Dianne Watts, the tax and spend princess of darkness, wanted to toll every bridge under the sun. She wanted to tax everything because that's the way she rolls. JFK supported low taxes. Low taxes supports business. If you raise taxes, businesses leave and you have less tax revenue than you did before you raised taxes.

Bonnie Henry is a lying freak. I have nothing good to say about her so I'll stop there. Adrian Dix is another matter. Everyone refers to Adrian Dix as a leftist. He supports Democratic Socialism. Yet that's an oxymoron. Democratic Socialism does not exist. Socialism is slavery. Yet there is an ideal there that some aspire to. Nelson Mandela walked the walk. He protected civil liberty by law in the South African Constitution. I am somewhat concerned when Adrian trashes medical professionals and utters threats against them. It makes me question his Democratic Socialism.

Years ago I heard Surrey NDP MLA Joan Smallwood speak at a CUPW Regional convention. She spoke out against Communist China's human rights violations and trade agreements that do away with civil liberty. She mentioned compensation Awards in NAFTA and I was enlightened. Here we had a leftist supporting civil liberty. Imagine that. Stephen Harper didn't. Stephen Harper sold our oil rights to Communist China. He was a Globalist.

Fake Conservatives like Erin O'Toole are Globalists not Conservatives. They do not support civil liberty or fiscal responsibility. They are part of Brian Mulroney's tax and spend pork barrel politics.

Before I cite my final example I will say that I liked Carol James. I thought she was sincere and compassionate. I called Jenny Kwan a political tramp but really it was Jinny Sims that put her up to it. Jinny Sims is the snake. Speaking of lower taxes, Carol James opposed the HST. Bruce Ralston is also well respected in Surrey. I used to see him at the gym with an SFU sweat top. Garry Begg is a good man as well. He's a former cop.

When Dianne Watts first conned us, she held a press conference announcing a crime prevention coalition. It was all talk no action. I met Penny Priddy there and cited some of my time in the labour movement thinking we could build on common ground. She raised her hand and said I'm here because I'm a mother. When it comes to crime, I'm more right wing than my political opponents. I smiled and nodded in respect. Penny Priddy supports law and order. So do I. 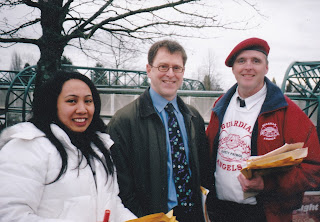 Many years ago Adrian Dix supported law and order when a mugger was targeting elderly Asian women at the 29th Street Skytrain Station. I met him when I was with the Guardian Angels patrolling the area to prevent further muggings. If Adrian Dix is a Socialist like Nelson Mandela, I have no problem with that. If he is a Socialist like Lenin who sent in the machine guns to murder striking trade unionists, then I have a big problem with that. Time will tell. It always does.