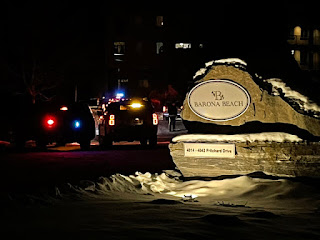 Castanet is reporting that "The West Kelowna RCMP confirms two men were shot at approximately 5:30 p.m. Monday evening. Both men are being treated for serious injuries at Kelowna General Hospital. RCMP were called to the scene in the 4000 block of Pritchard Drive to reports of shots fired in the parking lot of the resort." Castanaet is also reporting that "Both men are known to police and are from the Okanagan." A 32 and a 34 years old.
Posted by Dennis Watson at 5:23 AM