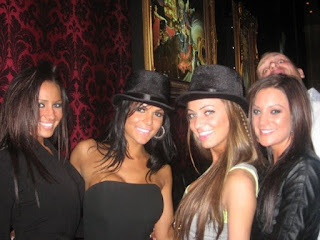 As I have previously mentioned, I have in my possession the transcript to Derek Brassington's misconduct interview with the Ontario Provincial Police regarding the Surrey Six investigation. It is 447 pages long. There are too many names mentioned in it for me to black out, so instead of posting the document I was simply summarize it and give you the readers digest version.

Page 51 he is asked to give an overview of the Surrey Six investigation. He gets it part right. He remembers Cory Lal, Chris Mohan and Ed Schellenberg, forgets some of the others and apologizes to the family if they read his deposition. That explains the pity party. He's trying to rationalize his misconduct for the families of the victims.

Aside from Porky Pig's GF and the threesomes, it appears that Derek Brassington first had an affair with DK's GF. Since Porky Pig's GF is of most significance I will refer to her as Person J.

Before I critique his version of events in the Surrey Six, I will point out an observation he made while at Depot training to become an RCMP officer. He claimed that there were a lot of guys from different backgrounds at Depot. Some were married some were single. He said that he would hear some of the married guys on the phone talking to their wife and kids at home then call up their Regina flings and be all oh baby. He said he did not think that was very appropriate. Yet that's exactly what he did when he got out of Depot.

This is not the first time we have heard about sexual misconduct in the RCMP or at Depot. In fact, during the sexual harassment class action lawsuit, we even heard of inappropriate relationships between trainers at Depot and cadets. It doesn't get any more unprofessional that that. That is completely unacceptable. Don't get me startled on Bill Fordy and the Friends of Craig Callen.

In his deposition, Derek Brassington said that DK killed three and Cody Haevischer killed three. That was correct. However, the circumstances surrounding Chris Mohan's murder was false. He said that Chris happened to look inside the suite and saw what was going on so they pulled him in and killed him. Derek admitted that didn't make sense. Surely if you plan on killing someone, you're going to shut the door. So where did he get that information from? He obviously got it from DK who wanted to rationalize his murder of Chris Mohan.

Chris was at home on his way to a basketball game. He was not the type to look into someone else's suit. It's far more likely that he simply witnessed them enter the suite. It's even possible that Chris only witnessed DK and for that reason DK dragged him in. Chris kept saying I don't know these guys. He has nothing to do with them. That didn't matter. They shot him anyways.

Anton decided to work for the police because he was moved by Chris Mohan's mother's grief as we all were. Anton was Jamie's original bodyguard. Jamie couldn't go to the gym without a bodyguard. Jamie wanted Anton to kill Cory becasue Cory thought Jamie was an idiot and Anton said no. That's why he wasn't there. He agreed to confiscate the gun from Cory which he did.

When DK said he and Jamie were there he lied. Anton has street cred. DK did not. All DK did was play ice hockey in Abbotsford with old timers and earn a reputation for roid rage. DK was the POS that killed Chris Mohan for no reason. That speaks to his character or lack thereof. It appears that Derek was DK's handler. That would explain how he became acquainted with DK's GF before sleeping with her. Somehow I doubt that Derek was Anton's handler. That wouldn't have worked. Derek and DK were a better fit. Birds of a feather.

In his deposition, Derek Brassington said that Jamie Bacon ordered the hit. That was correct. That brings us to the dubious nature of the current Surrey Six Appeals. In January of this year, Dr Spin reported that "Cody Haevischer and Matthew Johnston have had their convictions set aside, even though the court also upheld the 2014 guilty verdict against them." This was done in secret.

Last week CTV reported that "The Appeal Court didn't order a new trial, concluding a B.C. Supreme Court judge did not err in excluding Haevischer and Johnston from a pretrial hearing in which a key witness testified behind closed doors. However, the court ruled the trial judge did make a mistake in dismissing an application from the two men for a hearing that would have allowed them to contend their rights were violated by police misconduct and by a lengthy period of solitary confinement before trial." AYFKM? Uphold the guilty verdict but set their sentence aside because they spent time in solitary. That would be obscene.

Personally, I think this is a farce. Upholding the guilty verdict while setting aside the sentence is exactly what happened to the Bobsy Twins before they started cooperating with the police.

May of 2020 the Castlegar News reported that "Jamie Bacon will be tried, again, on charges of murder and conspiracy in connection to the Surrey Six killings. Charges of first-degree murder and conspiracy to commit murder in connection with the 2007 Surrey Six massacre were stayed against Bacon in December 2017. The reasons the judge granted the stayed ruling remain sealed. Crown Counsel appealed that decision shortly after. On Thursday (May 21), the BC Court of Appeal announced it had granted Crown’s appeal following an in-camera hearing."

There's a lot of shady sh*t going on right now. Blaze is still trying to spam my blog wit ridiculous comments. Who is Blaze? Donnie McWhirter. He is not in prison. He blew his own cover because he can't keep his mouth shut. He is a compulsive liar and false accuser. The fact that he's still on the police's payroll means gang enforcement in BC is completely compromised. 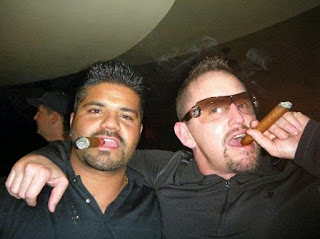