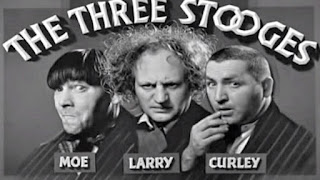 I had heard that Gumby and crew were actually in court for their murder trial not just making a video appearance so I went down to Vancouver and checked it out today. They all saw me. Larry was on the right, Dean (Curly) was on the left and Robby (Moe) was in the middle.

The jury was present but a sign said a publication ban was in effect. I checked their website and couldn't find any so I'm still looking. Usually, publication bans are just for when the jury is not present. People said Larry looked old and skinny while Dean looked like a bully.

Larry's lost muscle mass but I wouldn't say he looks skinny. He looks lean. Probably a lot healthier then when he was all jacked up on steroids. There's a guy at the gym who's absolutely massive. He does a set of dips and he's panting out of breath. That can't be healthy.

I ran into Larry once at the Costco in Langley when I first started the blog about 10 years ago. He was easy to spot with the deadheads on the back of his hands. He still has them. When I saw him then he looked old and tired. I don't think he looks any older now than he did then. Older than in that picture with Randy Naicker when he was all jacked up of course.

He was wearing a white dress shirt with black rimmed glasses and has a long skinny pointy nose. Normally when people get nose jobs, they don't make them longer. Maybe its from all the lies he's told. He has long hair now tied in the back with a man bun. That's an oxymoron, like man purse.

All three were wearing white dress shirts. Dean and Robby were wearing Mr Roger sweaters over their dress shirt. I asked the sheriff if it was common for prisoners to wear street clothes in a trial by jury and he said yes. I guess that's their way of sucking up. They look a little more guilty wearing their normal prison orange.

Dean is tall. All three were lean and fit. Dean still looked like a thug. Didn't matter what he was wearing. You can take the Jack out of Surrey but you can't take the Surrey out of the Jack. He had short hair with disco gel on his bangs. He wouldn't do that in Surrey.

Larry was able to use both arms. He turned pages with his left hand and drank water with his right hand so I don't know what is up with that claim about him having one arm paralyzed. It's not paralyzed now. Robby... I dunno. He doesn't have a good prognosis. He's running with the wrong crowd. The whole case is sad as in pathetic.

All three of these guys are walking down a dead-end road. Their future looks hopeless. That is sad and pathetic because it didn't have to be that way. Larry's from a rich family. He started stealing because he thought it made him look cool. Not. Stealing is like tattooing an L on your forehead. I realize that killing rival drug dealers is different than killing innocent civilians or exs but there's nothing noble about it. It's just greed. You're still stealing.

Dean's just a hired thug. No brains. No morals. No future. What goes around comes around. 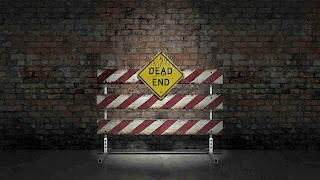