“I think the purpose [of the classes] was to destroy our religion and to assimilate us…They said that you could not go to Friday prayers… You must not thank Allah; you must thank Xi Jinping for everything” – former detainee in Xinjiang."

"Since 2017, it is estimated that 1 million or more men and women from predominantly Muslim ethnic groups have been detained by the Chinese government in the Xinjiang Uyghur Autonomous Region. The Chinese government is doing this in an attempt to replace Turkic Muslim ethno-cultural beliefs and practices with secular views and behaviours sanctioned by the Chinese authorities." The Dalai Lama supports freedom. The Communist Manifesto does not.

United Protest against the 2022 Beijing Olympics 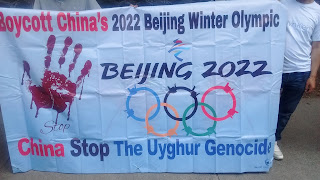 The Wall Street journal is reporting that "Scarlett Johansson, star of the latest Marvel movie “Black Widow,” filed a lawsuit Thursday in Los Angeles Superior Court against Disney, alleging her contract was breached when the media giant released the film on its Disney+ streaming service at the same time as its theatrical debut."

"Ms. Johansson said in the suit that her agreement with Disney’s Marvel Entertainment guaranteed an exclusive theatrical release, and her salary was based in large part on the box-office performance of the film."

This is how the Chinese Communist Party does business. The CCP owns Disney. Boycott Disney. First Gina Carano now this. No one is safe. MGM is providing alternate content. 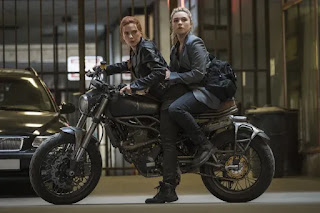