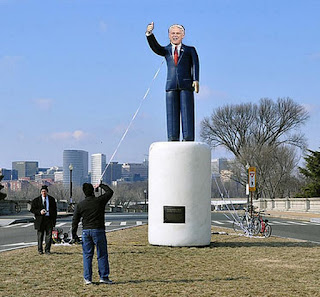 Remember Cabpell Heights? That was where Dianne Watts laundered public assets for the BC Liberals and their campaign contributors. Well, it turns out that is now the epicentre of Communist China's belt road initiative in Surrey. 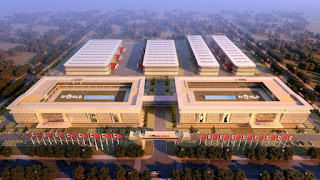 BIV is reporting that " A major warehouse facility under construction in Surrey is not just paving the way for more trade between B.C. and China. It could be helping pave Chinese President Xi Jinping’s Belt and Road Initiative to Canada."

Selling China LNG is a good idea. Letting Xi Jinping take over Canada is not.

Douglas Todd is reporting that "Ex-B.C. premier Christy Clark was ebullient in 2016 when she announced a range of partnerships with China. But the tide of opinion has turned."

"As China’s Communist leadership has grown increasingly repressive under President Xi Jinping, polls show the tide of public opinion in Canada and elsewhere has turned deeply suspicious. Other Western countries are backing away from many China trade deals, including by rejecting Huawei and its 5G technology. Australia has just ordered its biggest state to pull out of four Belt and Road agreements."

"It’s difficult to find anyone in the current B.C. government who even wants to talk about China, let alone criticize how the country’s strong-arm leadership has in the past five years cracked down on residents of Hong Kong, jailed Canadians Michael Spavor and Michael Kovrig in retaliation for the detainment of Huawei boss Meng Wangzhou, interned about a million Uyghur Muslims and shown increasing military aggression toward Taiwan."

"Asian Canadian activists who support democracy for Hong Kong, nevertheless, are among those applauding the move by Australia’s national government to force its state of Victoria to terminate a 2018 deal, one similar to that entered into by B.C.’s former Liberal premier. The democracy advocates says such trade agreements allow China to infiltrate foreign regions and threaten their sovereignty."

"Anastasia Lin, a specialist on China-Canada policy with The Macdonald-Laurier Institute, was born in China but raised in part in Surrey, which she notes with worry is now home to one of the most conspicuous Belt and Road projects under construction in the country, a $190-million convention-centre and warehouse."

"The massive complex has been dubbed the “World Commodity Trade Center.” It is a joint venture between China’s state-sponsored company, Shing Kee Godown Group (SKG), and a local firm, Pollyco, which will eventually cover the equivalent of 14 soccer fields in Campbell Heights, at 192 St. and 34A Ave.'