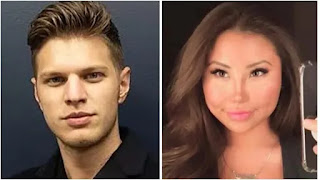 The Daily Beast is reporting that "After a three-month-long manhunt, the glamorous daughter of a prominent Canadian businesswoman and her boyfriend were finally arrested in connection to a February shooting that killed a 39-year-old man and left his pregnant fiancée fighting for her life in a hospital." Tyler Pratt, 38, died in Hamilton on Feb. 28 after being shot. His pregnant fiancée survived but lost the baby. Tyler was from Kamloops.

"Li’s mother, Winnie Liao, who runs Toronto-based asset management firm Respon International Group, has reportedly organized high-profile fundraising events, and is featured in photos with Canadian Prime Minister Justin Trudeau and Ontario Premier Doug Ford on the company’s website." Li is a model along with her triplet sisters. One is a beauty queen contestent. 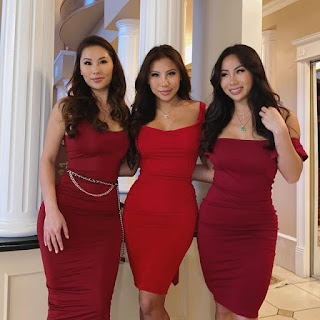 Posted by Dennis Watson at 6:16 AM