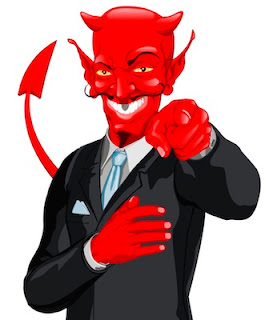 Bonnie Henry isn't just an airhead and an overpaid bureaucrat. She is the Devil in disguise. She has a sinister political agenda that has nothing to do with promoting health.

She works for the Communist Party of China and the World Health Organization. The Director of the WHO is not a medical doctor. He is a leader in a violent Communist paramilitary organization. Listening to anything they say is completely insane.

Castanet is reporting that "The new indoor public mask mandate in the Central Okanagan will remain in place for at least the next 14 days, until cases in the region begin to fall and vaccination rates increase." Oh the cunning plan of the evil one.

They are lying about the numbers again. In fact, they never stopped lying. Bonnie Henry does not represent the science. She opposes the science. Dr Kulvinder Kaur and the Canada Health Alliance represents the science.

July 1st Jason Kenny removed all covid restrictions including mask mandates after the flu season had ended. Wearing a mask outdoors during summer is just plain stupid. Heat and humidity kill Covid - vitamin D and zinc. Yet the flu season will return in the winter. Letting them lock us down again wouldn't just be stupid. It would be treason.

Texas and Florida saved the world from Bonnie Henry and the WHO's lies. When their numbers dropped after they opened up, it made Bonnie Henry's lies statistically impossible. The US is open. Europe is open. Canadians are the only ones still listening to their ridiculous lies. That's why they're still making them.

Post Media trash is reporting that cases are rising in Alberta but it's no cause for alarm. Why is that? Because they're not stupid. They're not listening to the lies any more.

Take a look at the Stanley cup play offs in the US. Take a look at the European soccer finals. They are all open and the sky has not fallen. That is further evidence Post Media's lies are statistically impossible. Buyer Beware. Texas Rangers fill stands with fans.

Alberta Is Lifting More Health Measures: "we are making changes to bring COVID-19 measures in line with how we handle other respiratory illnesses. Quarantine will no longer be legally required for confirmed COVID-19 cases. Routine, asymptomatic testing for close contacts will also be stopping. Come August 16, provincial mask mandates on transit, taxis, and ride-shares will be lifted." Deena Hinshaw and Bonnie Henry: A tale of two cities.