Did Erik Prince assassinate the president of Haiti?

The Business Insider is reporting that "The assailants who killed Haitian President Jovenel Moïse at his home on Wednesday morning are thought to be mercenaries who pretended to be US Drug Enforcement Administration agents, the Miami Herald reported."

"Videos taken in Pelerin 5, where Moïse's private home is located, showed assailants apparently claiming to be agents with the DEA, the Herald said. In the footage, which Insider has reviewed but could not independently verify, a man's voice can be heard saying in English over a megaphone: "This is a DEA operation."

Reuters is reporting that "At least 17 ex-members of Colombia's military are among the suspects in this week's assassination of Haitian President Jovenel Moise, who was shot early on Wednesday at his home by what officials said was a group of foreign mercenaries.' 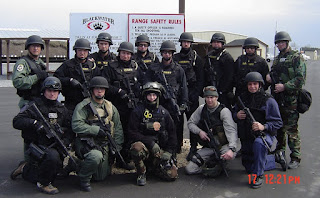 Now the Prince of Darkness who created a mercenary army for Communist China has hired Elliott Abrams from Iran Contra to invade Venezuela. Why not hire Oliver North? Fox News did.

Iran Conta wasn't about selling arms to release hostages. They paid the hostage takers to keep the hostages until after the election. Iran contra was about selling arms and drugs to raise money for off the book campaigns. Gary Webb was right. Operation Fast and Furious showed us that Iran Contra never stopped. Why would Erik Prince and the CIA want Jovenel Moïse dead?

I guess when you're a mercenary you don't need a motive. You just need the money.

Christian Emmanuel Sanon is innocent. Claude Joseph is not.

Get ready for another CIA fixed election.

Jordan Goudreau runs Silvercorp USA based in Florida. Jordan was born in Calgary. Erika leads a failed coup in Venezuela then builds a mercenary army for them. Money talks, morality walks.

Just like how one minute Erik Prince was trying to lead a crusade against the Muslims and the next minute he's building them a mercenary army in the United Arab Emirates and in Lybia.

The CIA sabotaged the Bay of Pigs invasion just like they sabotaged Operation Gideon.