Wendy Mesley fired by the CBC 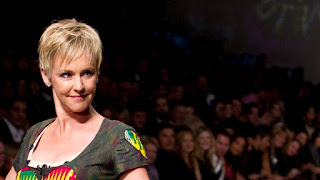 Rebel News is reporting that "Wendy Mesley had a long career at the CBC marked by nepotism. She was, of course, Peter Mansbridge's ex-wife, so she had a special place at the Mothercorp. She served a function for the CBC - she was the channel's accuser-in-chief. She accused all of the CBC's enemies, all of Justin Trudeau's enemies as being racist bigots. Alas, the racism was coming from inside the house." This is typical of false accusers.

"Wendy Mesley, it turns out, repeatedly dropped the N-word in full, in staff meetings, including ones with people who were visible minorities. Instead of firing her, or condemning her, the CBC simply suspended her with pay - and then, just like with Jian Ghomeshi, they covered up for her."

Over the years the CBC has strived to produce Canadian content television shows like the Beachcombers and Little Dog. As positive as those TV series were, their news outlet has become tainted and toxic. It has become fake news central.

The CBC lied about the Covid hospitalization rates in Manitoba. They didn't make a mistake, they lied with malicious intent. That was a criminal act. Ezra Levant referred to the CBC's long history of nepotism and how Wendy Mesley was the channel's accuser-in-chief. She accused all of the CBC's enemies and all of Justin Trudeau's enemies as being racist bigots. Yet she was the racist.

Bill Gates is also a racist who falsely accuses non-Communists of being racists. Communism is just as racist as Fascism. The only difference is that they lie about it and censor the truth. Take Aboriginal rights. Communism does not care about Aboriginal rights in Canada or Palestine because within Communism Aboriginals have no rights. Just look at Tibet.

Look at what they are doing to the Uyghurs in China. Then they have the audacity to pretend they support the First Nations in Canada and the Palestinians. Palestinians are Muslims and Christians. Communism eradicates both. The common thread we see is that racists like Wendy Mesley falsely accuse their enemies of being racists so they can manipulate the masses

Justin Trudeau is a glutton. He doesn't care about social justice. He only cares about himself. 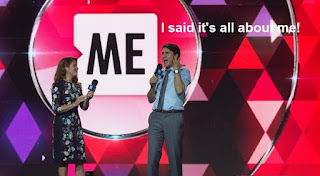