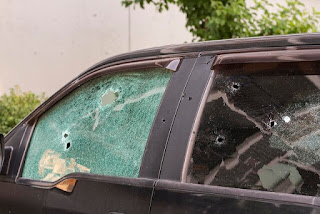 Castanet is reporitng that there was a shooting 5:00 AM Saturday in Vernon. A a black Ford F-150 was peppered with bullets. The owner of the truck was not in the vehicle at the time. 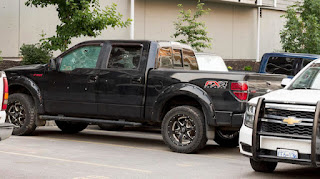 CTV is reporting that "Two people are in hospital, including a suspect, after a shooting that took place early Sunday morning. Police tell CTV News that officers were called to the scene, in the 2100 block of 50 Street S.E. at about 5 a.m. Upon arrival they found two people who had suffered gunshot wounds. One male victim was taken to Foothills Medical Centre in critical, but stable, condition. The other man, who was determined to be involved in the shooting and arrested as a result, was also taken to hospital."

"The investigation into the shooting is still in its preliminary stages, but police say a single vehicle crash, which occurred a short distance away, is believed to be connected. Police would not release any details about how the crash is related to the shooting." 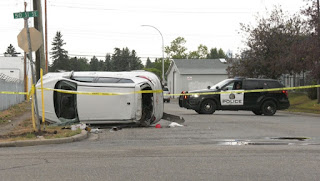