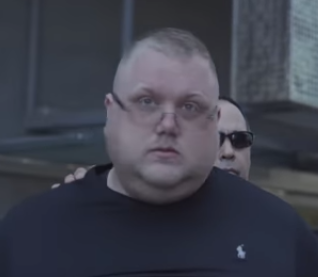 Dr Spin is reporting that "When Red Scorpion gangster Kyle Latimer pleaded guilty to being part of a criminal organization last December, he made sure that the names Jamie Bacon, Cody Haevischer and his dad Craig were not listed as part of his group."

"Latimer was handed a global sentence of 17 years in May. When the charges were laid, police said both Bacon and Haevischer were involved in Latimer’s criminal organization despite being in jail at the time for their roles in the 2007 Surrey Six murders."

Actually, that's true. My source confirmed that Kyle Latimer works for Jamie Bacon and that the Red Scoroions is really a Lower Mainland jailgang. They still make bank from jail and Kyle is a part of that circle. So is the Kang Group. The top dogs in RS are Jamie Bacon and Sam Kang. If BK kill Sam, where does that leave Jamie? Do the math. BK work for the Edmonton HAs. They're not allowed to touch Jamie because he works for the HAs too.