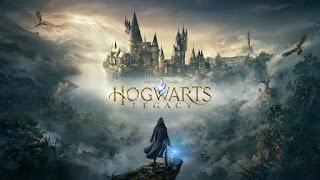 Once again the media is maliciously misrepresenting the residential schools to fit their shareholders agenda. The Communist News Network is reporting that "On his first day as Manitoba's new Indigenous reconciliation and northern affairs minister, Alan Lagimodiere was publicly taken to task by Opposition leader Wab Kinew for saying that those who once ran residential schools thought they were doing the right thing." AYFKM? .

There is no question that England has a long history of boarding schools. Rich families would send their kids off to boarding school. Although Harry Potter's Hogwarts was fictional, the longstanding tradition was not. Boarding schools in England were common.

The Catholic sisters were nuns like Mother Teresa who devoted their whole lives to service. They were there to help the children not harm them. Education is a good thing. Whenever we took the at risk youth to serve at Harbour light food line in the DTES, the homeless would always say to the kids stay in school. Don't end up like me.

There is no question the intent of the residential schools was to help the kids lead productive and successful lives. Misrepresenting that truth has a dark political agenda tied to the current mistreatment of Aboriginals in Communist China.

This is the Canadian Critical Race Theory where the CCP is teaching Aboriginals to be victims just like the Blacks in the US. The Canadian Charter of Rights states that all people are equal regardless of race, colour or creed. That is what Canada teaches. Misrepresenting that with fake history is dishonest. The left wants you to see yourself as a victim because they want you to be a victim and stay a victim. The Canadian Charter of Rights protects civil liberty by law. The Communist Manifesto does not. The Communist Manifesto destroys civil liberty and makes everyone, native and non-native slaves. Through education we teach people that racism is wrong. Through education we teach people that slavery is wrong.

I work with a couple of First Nation members and they say that not every Native wants to spend the rest of their life living in a tent hunting and fishing. They want to learn a trade and get a good job, buy a house and live a normal life like everyone else. Education is a big part of that.