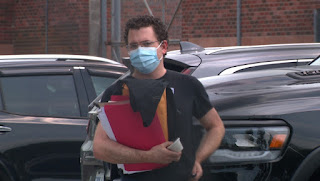 CTV is reporitng that "Dr. Brian Nadler, who stands accused of first-degree murder in the death of a patient at the hospital in Hawkesbury, Ont., has been granted bail.

Nadler, 35, was charged earlier this year with murder in connection with the death of Albert Poidinger, 89, of Pointe-Claire, Que. Poidinger was pronounced dead on March 25 at the Hawkesbury and District General Hospital. Ontario Provincial Police have said several suspicious deaths at the hospital are under investigation but they have not revealed how many. In April, police said the investigation could take months."

I thought you Commies were all for assisted suicide. What if it wasn't their choice?