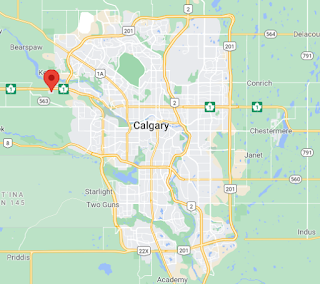 CTV is reporting that " More than dozen shots were fired in a homicide that saw a man and his dog killed in a southwest neighbourhood on Wednesday afternoon. Surveillance video from a nearby home obtained by CTV Calgary doesn't show the scene, but more than a dozen shots can be heard ringing out in quick succession. Police were called to the 500 block of Cresthaven Place S.W. about 1:30 p.m. for reports of gunfire, where they found a man injured, who was declared deceased at the scene. The man's dog was also killed in the attack."

"Late Thursday afternoon, police issued a statement identifying the deceased as 37-year-old Avinder Singh Toor. CPS also confirmed that a burnt-out vehicle discovered on a rural road outside of Cochrane is connected to the investigation." 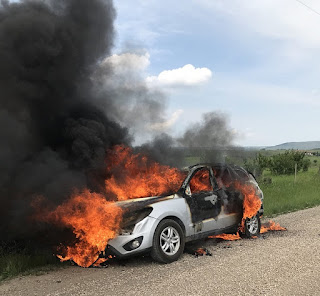