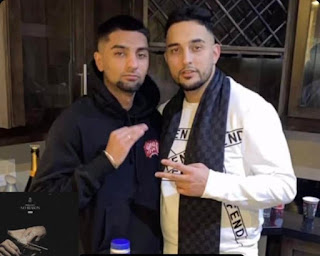 Sam Kang is from Surrey. Jamie Bacon is not. Jamie Bacon couldn't go to the gym without a body guard. That's why the HAs are putting him in charge of the RS. Less overhead and easy to tax.

The sentence decision for Csongor Szucs, Kyle Latimer's co accused is also posted on the court website. Aside from the drugs and firearms seized, they were also in possession of an RCMP uniform. I guess that's because Jamie Bacon likes the cops so much he like to play dress up.

As I previously mentioned, this investigation was spearheaded by the Delta Police Department.

Posted by Dennis Watson at 4:38 AM