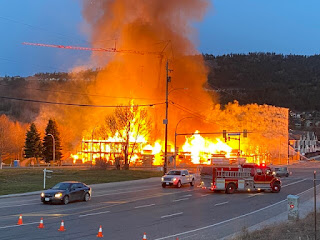 Post Media Trash is reporting that "Multiple people are dead after a crane attached to a high-rise building under construction collapsed in downtown Kelowna, B.C., on Monday, police said."

They were worried it might fall after that huge fire. Tragic people were killed.

It looks like the fire was at a different site. Two different cranes.