Tucker Carlson recently disclosed that the NSA illegally read his email and illegally leaked them to the media. The New York Post is reporting that Rachel Nichols's private conversation was illegally taped and shared with the media. Can we see a pattern yet?

Fox News has a dark side. They strive to infiltrate the right and lead them astray with the likes of Mich McConnel, Mitt Romney and the Bush Clinton fraud. In this episode of Red Eye on Fox News they brought on former CIA officer Mike Baker to trash Matt Damon for supporting Edward Snowdon. The CIA was the driving force behind Operation Fast and Furious. According to Gary Webb, they were behind the US crack epidemic in the /80's. Iran Contra never stopped.

Mike Baker is a POS. Just sayn. You heard it here first. 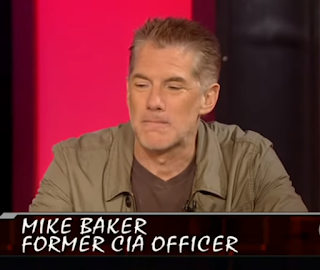