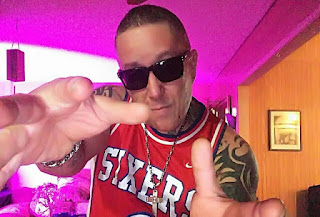 The Kelowna Daily courier is reporting that "A Kelowna man who was driving an SUV that contained heroin, fentanyl, cocaine, and methamphetamine has been found not guilty of drug trafficking. The Crown failed to prove that Robin Darec Saumier, 41, knew the 100 individually-wrapped packages of drugs were in the SUV, Supreme Court Judge Steven Wilson decided."

"Because the accused was not seen with drugs on his person and was not seen physically engaging in the trafficking of any drugs, the Crown's case depends on circumstantial evidence," Wilson wrote. AYFKM? That's what possession for the purpose of trafficking means. Another whack job in a santa suit. Who did the truck belong to? This is the actual decision.

Castanet is reporting that "But before stopping at Safeway, Saumier said he stopped outside Cecil's Perogies to meet with his drug dealer, where he bought a gram of heroin. He said he was addicted to opioids at the time, and that he had stopped on Richter to buy drugs, not sell them like police had assumed."

"While Saumier was acquitted on the possession for the purpose of trafficking charges, he is still facing unrelated charges of possession of stolen property under $5,000 from last summer, along with a charge of breaching his release order in June 2020. He has a lengthy criminal record dating back to 2014."

In May 2019 the Kelowna RCMP launched an undercover investigation into street level drug trafficking. This is what the police are supposed to do. However, in that case they went after another adict not the dealer. "At the time of the offence, he was living on the street, having lost his girlfriend and his home." Why the f*ck didn't they arrest the dealer he bought the drugs from?

Posted by Dennis Watson at 3:55 AM