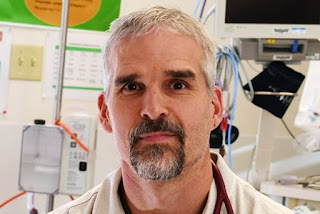 Salt Wire is reporting that "After two and a half years as Cape Breton’s top ER doctor, Chris Milburn was fired over the phone. The call came five days after Milburn joined a CBC radio panel where he was invited to offer his opinion on COVID policies in the province. Specifically, the province’s handling of the third wave and the school reopening plan."

"The often polarizing and outspoken doctor stayed true to form. He discussed uncertainty around the COVID vaccine, said there was no scientific basis to shut down schools temporarily across the province in May and implied Dr. Robert Strang had acquired too much power and was unwilling to give it up. Milburn believes the authority’s intent is to silence him as well others in the medical community wanting to raise concerns about the province’s COVID policies."