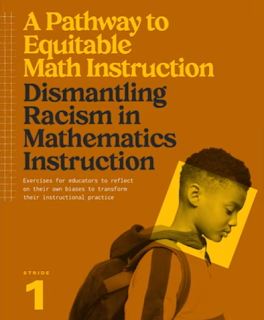 In Candace Owens' recent speech at BLEXIT Birmingham she said that Bill Gates claims math is racist and to expect kids to get right answers is white supremacy. Obviously that it bat sh*t crazy so I checked it out. He not only said that, he is funding school curriculum to teach that.

Candace Owens has consistently expressed concerns about how the leftists are trying to brainwash children in school. She states that schools no longer teach academics. They don't teach math and science, they teach critical race theory so kids will remain ignorant and reliant on the State. That is exactly what Bill Gates is doing. He's trying to destroy America from within because he is a Communist. He has no desire to share his wealth. He wants to increase his wealth and turn everyone into slaves regardless of their skin colour.

Bill Gates is the racist. He wants to prevent black kids from succeeding in life.