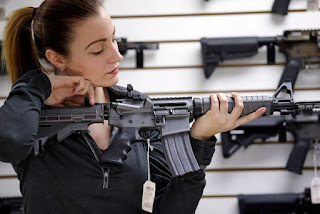 The Hill is reporitng that "A federal judge in California ruled that the state's ban on assault weapons is unconstitutional, a major defeat for gun control advocates as Democrats eye a federal prohibition on the same kind of guns. U.S. District Judge Roger Benitez of San Diego issued a 94-page ruling panning the 30-year-old ban as an overstep by the state government and a violation of the Constitution’s Second Amendment, likening the AR-15, a popular rifle, to a “Swiss Army Knife” that is “Good for both home and battle.”

“This case is not about extraordinary weapons lying at the outer limits of Second Amendment protection. The banned ‘assault weapons’ are not bazookas, howitzers, or machineguns. Those arms are dangerous and solely useful for military purposes,” Benitez wrote Friday. “Instead, the firearms deemed 'assault weapons' are fairly ordinary, popular, modern rifles. This is an average case about average guns used in average ways for average purposes.” Well said.

As Jesse Ventura said, the right to bear arms is not about hunting. Covid has shown us that. 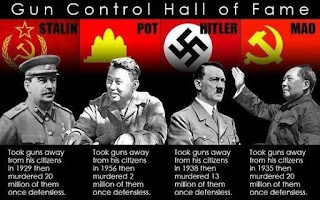 Posted by Dennis Watson at 7:15 AM