The Montreal Gazette is reporting that "Montreal police said organized crime investigators on Wednesday morning arrested 11 people suspected of belonging to a drug trafficking ring linked to the Hells Angels." Every province except BC does this. Ask yourself why.

"Dubbed Operation Renewal, the police strike led to the seizure of 20 kilograms of cocaine with a current value of $1.4 million, 218,000 methamphetamine tablets, and various amounts of Xanax, mescaline and other narcotics. Two firearms, other prohibited weapons, ammunition and bulletproof vests were also seized, along with about $800,000 in cash."

In 2019 CBC reported that 32 people were arrested in a series of early morning raids targeting drug-trafficking networks in eastern Quebec and New Brunswick with alleged ties to the Hells Angels. "The Hells control the territory and allowed networks to sell drugs. Those networks then paid a tax based on the quantity of drugs sold. The Hells Angels have a monopoly, which they maintain with a regime of fear, violence and with their colours." Gaspé was also involved.

In January the Montreal Gazette reported that "Steve Lévesque, 46, of Montreal was charged with the second-degree murder of Maxime Dugas-Lepage, a man who is believed to have been killed on Jan. 21 in the Gaspé region. Dugas-Lepage is the son of Martin Lepage, one of two men who were arrested by French authorities in July 2018 after the boat they were sailing on in the Caribbean caught fire with more than 1,500 kilograms of cocaine on board." 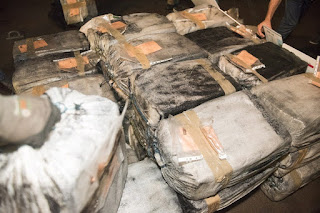 Steve Levesque of Campbellton, New Brunswick received his sentence for the manslaughter of Denis LeBlanc in Val-d'Amour in August 2015. "The organization dropped six high-ranking members into New Brunswick in 2016 to operate as Nomads" to control the New Brunswick drug trade. Ronald Richard, a member of Bacchus was murdered in New Brunswick July 2017. 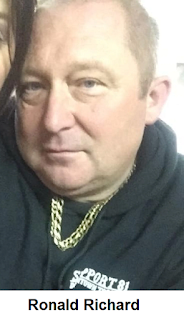 After Ron Richard's murder CBC reported that "A man who police describe as a full-patch Nomads member of Hells Angels has bought property on the main street in Minto, making the purchase from jail. Robin Moulton, who faces several drugs and weapons-related charges, bought 456 Pleasant Dr. for $50,000 a few weeks after a judge denied him bail."

"The property is next door to another building that was owned by homicide victim Ronald Richard. Richard used to be a member of the Bacchus motorcycle club. But a Facebook post from Moulton described Richard as the "fallen president" of the Gate Keepers' Capital City chapter. The club has been described by police as a farm team for the Hells Angels."

"On a Friday afternoon, the windows were covered at Richard's building. Only the motorcycle club's logo, a smiling Grim Reaper, was visible on the front door. The building now belongs to Richard's wife, Amanda Dawn Richard, according to property records."

So after they killed him, they buy the house next door just to harass his wife. Classy. The Hells Angels are the only people I know who regularly attend the funeral of people they've killed. 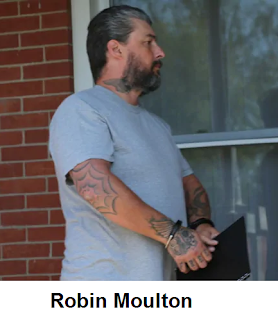 Posted by Dennis Watson at 7:57 AM