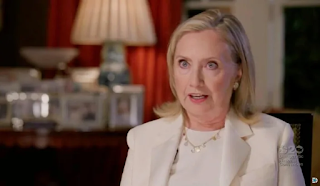 All fingers point to Dominion voting. Election fraud is a serious concern for everyone. Electronic voting and mail in ballots bring huge concerns for fair and honest elections. George Bush was accused of using election fraud in Florida during the 2000 Presidential election.

Clint Curtis testified before a Congressional hearing that "while working for Yang Enterprises in Florida, Rep. Tom Feeney (R-FL) asked him to write a program that would covertly flip the vote 51-49 to whoever you wanted…to win.”

After her defeat in the 2016 election, Hilary Clinton never shut up about allegations of voter fraud. The Russia hacked the elction hoax went on forever. Yet as soon as anyone points out any evidence of voter fraud in the 2020 election, the media jumps on those claims insisting they are baseless. These are the same people telling us that Chairman Mao did great things and quote the Socialist Party. When Shakespear said "Me thinks the lady doth protest too much," that applies to the MSM's double standard on election fraud.

There are huge concerns with Dominion voting and there was ample evidence of election fraud in the 2020 election. When Texas filed a court action the court said you may well be right but one State doesn't have authority over another state so they refiled under individual states. The court never heard that evidence. They deferred the trial until after the election.

Dominion Voting, the software company that produced the irregularities has a history of glitches and is in a conflict of interest. They received $400 million from the Communist Party of China and donated to Hilary Clinton and Justin Trudeau. They share office space with George Soros shell companies. All of that is a conflict of interest. That is Orwellian and needs to be addressed.

Now we hear that New York State has revoked Rudy Giuliani's law licence. The governor of New York, Andrew Cuomo is a Democrat and a lawyer. He is the highest paid governor in the country. No sharing the wealth there. The Attorney Grievance Committee is appointed by his office.

Multiple women have accused Gov. Andrew Cuomo of sexual harassment or inappropriate behavior, prompting calls for his resignation. Let's take a look at the political affiliations of the judges on the panel that revoked Rudy Giuliani's law licence.

Clearly this decision to revoke Rudy Giuliani's law license is a partisan act in a partisan state that is crumbling from within. Cancel culture at work. Giuliani's son speaks out.