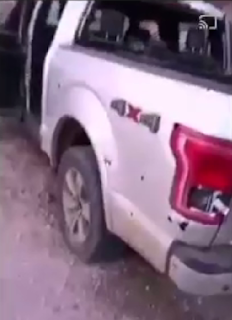 The Borderland beat is reporting that "A large clash between rival cartels left at least 18 dead on the Zacatecas and Jalisco border. Unofficial reports state that the death toll could be close to 40. Armed subjects, presumably from the Jalisco New Generation Cartel (CJNG) and the Sinaloa Cartel (CDS), attacked each other in the community of San Juan Capistrano, near the municipalities of Valparaíso and Huejuquilla El Alto. The clash began Thursday afternoon, around 6:00 p.m., and ended at dawn this Friday, around 5:00 a.m., according to local authorities."

"In addition to the corpses scattered throughout the community, two burned trucks where found. The shooting occurred just two days after seven people were killed in Fresnillo. Last week, a Catholic priest was killed by crossfire in Valparaiso."

"One of the media outlets cited in this report stated that all 18 sicarios killed were from a single criminal group. On social media, alleged operators of Sinaloa Cartel leader Ismael 'El Mayo' Zamabda released a video where they bragged killing 30 CJNG members. They taunted Audias Flores Silva (alias 'El Jardinero'), a high-ranking CJNG member, of sending his men to die." 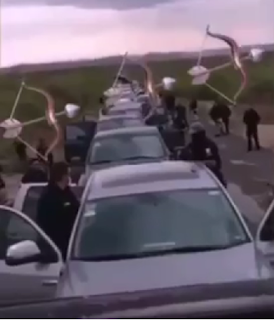 The Sinaloa cartel is the one the ATF and the CIA were supplying with guns in Operation Fast and Furious. They are amazingly organized, like an ERT squad. Complete with body armor. 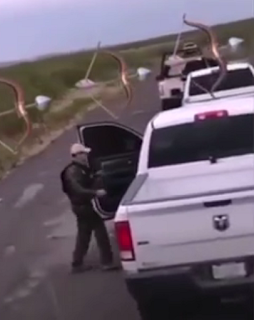 NTDTV is reporting that "Local media have reported a series of shootouts since Wednesday, when the bodies of two police officers were found hanging from a bridge in Zacatecas."

The Borderland beat is also reporting that "Alexis 'N', aka 'El Chofo', presumed plaza leader of the Jalisco New Generation Cartel in Lagos de Moreno, was released from prison for an alleged mistake in the folder, and killed the policeman who arrested him, for revenge."

Posted by Dennis Watson at 6:37 PM