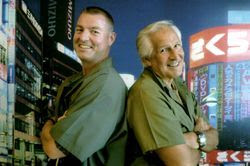 I saw a recent YouTube video about Clay Roueche that pretty much remixed the old article in the Rolling Stone magazine referring to him as the King of BC Bud and I thought it was time to give an update as a lot has happened since then.

The video starts off with a quote from Susan Roe the US District Attorney involved with his illegal arrest stating that "He is an accomplished businessman. He did have a sophisticated business plan and had he been a legitimate businessman he could have been very successful."

That sounds more like a letter of reference than a complaint. Marc Emery was a famous Canadian incarcerated in the US for selling pot seeds online. He was referred to as the Prince of Pot. Now pot is legal in Canada and law enforcement have gone out of their way to prevent Marc and his brand from getting licenced.

Likewise, Dr Spin and Andy Richards successfully pushed Hal Porteous out of the legal pot industry. Why? Because Andy Richards' security firm is now dealing in legalized pot. Dirty deeds done dirt cheap. The Hells Angels have just as much right to sell legal pot as Andy Richards does. So does Clay Roueche when he eventually gets out of prison for doing what they are now doing. Yet that is all past history. It is time to turn the page.

Let's take a look at what Clay has done since then. As I have previously said, Clay's arrest was illegal. They didn't charge him and extradite him. They rerouted his plane and arrested him on American soil when he was not scheduled to be on American soil. They didn't bother extraditing Randy Jones. They just removed his competitors for him.

Clay was placed in solitary confinement for two years. He didn't rat anyone out and he didn't join the rat out your rivals program. Unlike the local Cub Pack, that's not the way he rolls. He faced that challenge head on. While in solitary confinement, he wrote an inspiring book about Indominable Virtues. He also received a 6-year reduction in his sentence.

After he was finally released from solitary confinement he began painting. Then he had associates sell prints of his painting online. Some of which were sold at the Blue Lotus here in Guildford Mall. I bought prints of the Pheonix and the Dragon because I found them very inspiring and the colours were magnificent. 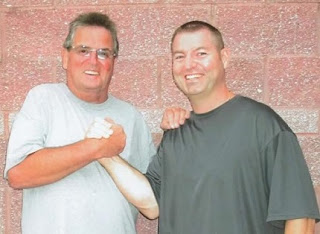 While in prison Clay met and befriended heavyweight kickboxing legend Dennis Alexio and had the opportunity to train with him and interview him. Clay has an extensive martial arts background. He first obtained a blackbelt in Taekwondo. He then studied many other styles and continued to work with other boxers and martial artists in prison. Clay even formed his own style of martial arts called Combined Combat Systems or CCS.

Clay hired someone to revamp his website and put his inspiring artwork on T-shirts.