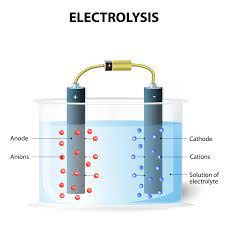 Castanet is reporting that "The federal and Alberta governments are signing an agreement that could lead to a plant to produce hydrogen built near Edmonton. The governments say they're working with Air Products Canada to build the $1.3-billon plant, which would produce the clean-burning fuel from natural gas. They say the plant would produce hydrogen-fuelled electricity and liquid hydrogen for transportation and could be running by 2024."

"Hydrogen releases no carbon when it burns. Using hydrogen instead of fossil fuels is thought to be a significant way to reduce Canada's greenhouse gas emissions."

This isn't bad it's just kind of redundant. Why don't you use natural gas for natural gas - heating homes as well as fuelling trucks and ships? If you want hydrogen, why don't you just get it from water through electrolysis? When I was a kid I wanted to build a car that ran on hydrogen. You fill the tank up with water and get the hydrogen through electrolysis. Extracting the hydrogen from the water at a power plant and filling the car with straight hydrogen would be more viable.