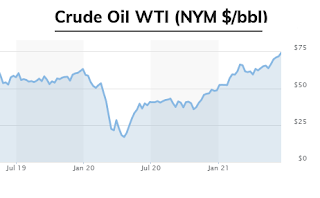 We've talked about price fixing in the oil and gas industry before. This time we can thank Joe Biden. Donald Trump got the US off Saudi Oil but Joe Biden brought it back.

Oil Price dot com is reporting that "The OPEC+ alliance is widely expected to decide next week to further ease the collective production cuts, but the additional supply from August will likely still be less than the supply deficit on the market, analysts and traders told Bloomberg in a survey."

That means the current jump in price is from collective production cuts - price fixing. 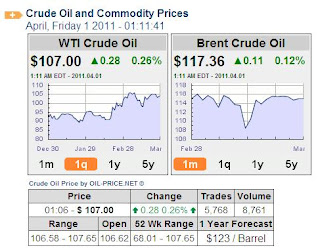 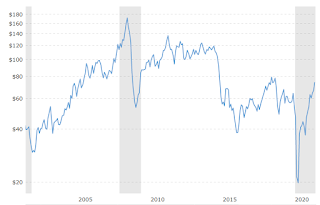 Posted by Dennis Watson at 9:13 AM