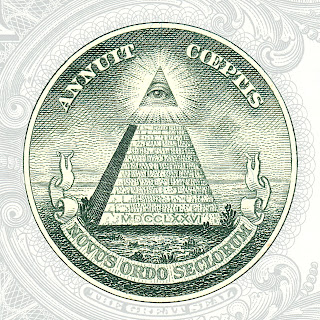 Druthers has a multitude of relative informative articles that represent a refreshing alternate to the mainstream media. I'm going to touch on one subject to clarify my position, that is the New World Order. We all know the term conspiracy theory is well over used. The CIA called Gary Webb a conspiracy theorist when he was anything but. He was a courageous investigative journalist that revealed the CIA's connection to Blandon and Freeway Ricky during the US crack epidemic.

Some people live for absurd conspiracies and feed off of them. Others deny them completely and live their lives with their heads in the sand. As always, we need to find balance in life.

We've heard the term conspiracy to commit murder. That means someone plans in secret to commit murder. It is very common and very real. We've heard the term murder to get gain. Any crime, including murder, has a motive. The motive behind most crime, including murder is to get gain. In fact, the CIA's mission statement is murder to get gain. They are the secret society Kennedy warned us about. Lying and deception is their Method of Operation.

We've heard the term New World Order which is the UN's not so hidden agenda of Globalism. On the back of the American dollar bill and on the back of the Great Seal of the United States is a famous logo with two Latin mottos. The eye represents the all-seeing eye of God or Providence.

Annuit cœptis means "Providence favors our undertakings". It's referring to the American revolution and the establishment of the US Constitution protecting civil liberty by law.

Novus ordo seclorum means A New Order of the Ages. It is referring to the beginning of the new American Era where civl liberty is protected by law. The United Nation's New World Order is completely different. It is the anti-thesis when where civil liberty is no longer protected by law, it is abolished and replaced with slavery. Communism is slavery. Globalism is Communism.

When I was young, I joined the Guardian Angels. Curtis had a vison and I completely supported it. The logo was the all-seeing eye with wings. One time a born again came up to me and pointing to my shirt said "That represents the illuminati." I jokingly responded "Everything I know about the Illuminati I learns from the movie Tomb Rader and that was fiction." He did not share my humor and could not see my point. He insisted the Guardian Angel logo was of the devil.

I went on to explain "Do you know who Curtis Sliwa is? He's a Catholic. He doesn't have anything to do with the Illuminati. He took the eye from the American dollar bill which represents the all-seeing eye of God meaning God sees everything. The wings mean we will go anywhere, even where angels fear to tread." The guy would not listen. He was a conspiracy theorist and knew everything. Even though he did not know anything about Curtis or what we did. I just shrugged it off and said whatever, abandoning my attempt to reason with him.

Likewise, many people mistakenly throw in Freemasonry with the Globalist New World Order. Geroge Washington was a Freemason. So was Benjamin Franklin. Many of the Founding Fathers were. Freemasons are not a secret society like the CIA is. Freemasons don't hide their membership. My grandfather was a Freemason. So was I. I find it amusing to see how many people claim to be experts in Freemasonry when they have never been through the ritual. They have absolutely no first hand knowledge of what they do or what they believe.

Freemasonry and the Skull and Bones are completely different. Freemasonry and the Illuminati are completely different. When you become a Freemason, you do not swear an oath to keep the crimes of other Freemason's secret. Freemasons believe in morality and fidelity. The only requirement to become a Freemason is to have a belief in God. The G in the masonic symbol stands for God, the grand geometrician. It does not stand for Lucifer.

I know many conspiracy theorists will never believe that. I don't care. People have a right to believe whatever they want. That doesn't mean they're right. I'm just saying that the New Order of the Ages on the American dollar bill is the complete opposite of the UN's New World Order. One abolishes civil liberty while the other protects civil liberty by law with the Constitution.

MDCCLXXVI is 1776 in Roman numerals. That is the era the NWO is trying to replace. 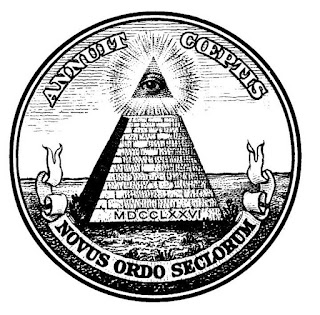 Posted by Dennis Watson at 7:07 AM