United Protest against the 2022 Beijing Olympics 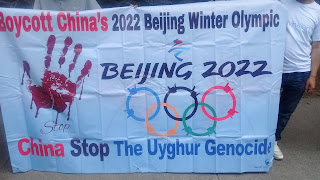 Today there was a protest in Vancouver which was part of a Global Day of Action calling for an Intenational boycott of the 2022 Winter Olympics in Beijing. The Uyghurs, Tibetans and Hong Kongers were all well represented. They were all speaking out against the atrocities of Communist China. One protester compared the Beijing Olympics in 2022 with the 1936 Olympics that Adloff Hitler hosted. It is a fitting comparison. We can do better. One banner contained three portraits of a multitude of innocent Uyghurs held captive in Communist prison camps in China 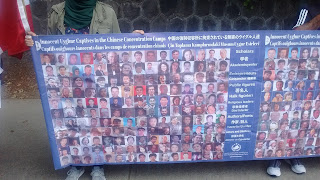 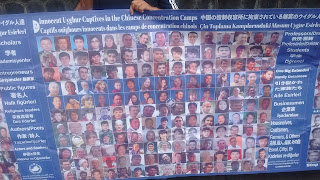 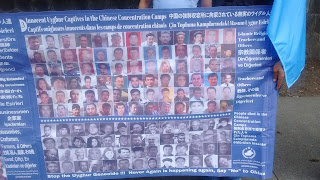 Hong Kong's last remaining pro-democracy newspaper published its last edition today after five editors and executives were arrested and millions of dollars in its assets were frozen. This is what Communism does - censorship and oppression. There is no social justice in it. ANTIFA built the Berlin Wall to prevent anyone from escaping. Global did not cover today's protest. NTD did. 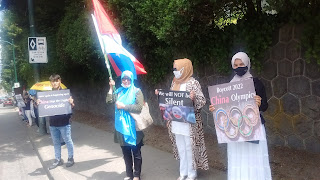 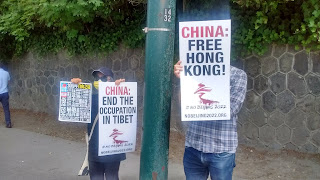 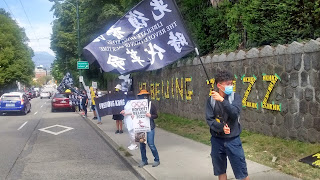 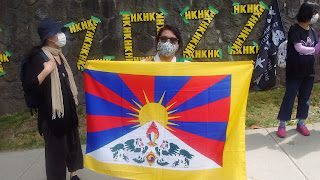 Posted by Dennis Watson at 3:16 PM