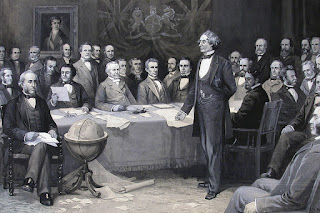 Recently there was a horrific discovery of children's graves at a residential school in Kamloops. I have several comments to make to put the matter into perspective. We know the mainstream media has an agenda. I reject that agenda. We know that if you want to find the truth, you have to seek out alternate news sources and question the narrative. We need to think for ourselves.

Global is reporting that "Indigenous communities across Canada are renewing calls for the Roman Catholic Church to apologize for its role in residential schools that forcibly removed children from their homes — stripping them of their culture, language and identity."

Evidently the residential school in Kamloops where the children's graves were found was run by the Catholic Church. John A MacDonald was a Protestant. Blaming him for something the Catholic church did is displaced aggression. It wasn't his fault. Likewise, Egerton Ryerson was a Methodist minister. He had nothing to do with the Catholic residential​ schools. People need to look before they leap. Question the narrative. It doesn't make sense.

Have leaders in the Catholic church tried to hide and cover up sexual abuse instead of confronting it and protecting children? That is an important discussion. We are all responsible for what we do. Protecting children is paramount.

The Indigenous residential schools in Canada were bad. I'm not sure what they were thinking. All of us recognize that education is important and most of us dream of free education. Contracting that out to the Catholic church appears to have been a bad idea.

Taking children away from their homes and their culture is never a good thing. That is what Communism does. That is not what a free republic is supposed to do. Yet times have changed. Now we honour and respect First Nations culture. For the record, England's tradition of treaty making in Canada was a lot better that the Spanish Conquistadores slaughter in Central America. Likewise, Hong Kong had a lot more freedom under British rule than under Communism.

Recently ABC reported that "Two women who were sentenced in tribal court and jailed on misdemeanor charges in the case of a young girl whose body was found on the Crow Indian Reservation have been named as suspects in the child’s death." Child abuse is always bad.

I have more to say on the matter but for now I will simply say that John A MacDonald was a good man. Communism seeks to rewrite history. They claim Chairman Mao was good but John A was bad. They have it backwards. In time, truth will prevail.

"October 6, 2018, the statue of John A. Macdonald in downtown Montreal’s Place du Canada square was once again vandalized, this time by a group of anonymous local anti-colonial, anti-racist, anti-capitalist activists” ANTIFA - the Alliance for Decolonial Socialism - Communists.

Update: Vancouver Catholic Archbishop apologizes to Indigenous communities for church's role in residential schools. How is that related to John A MacDonald who was a member of the Church of England or Egerton Ryerson was a Methodist minister? It doesn't. Use your brain.