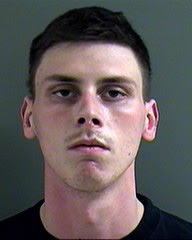 Kamloops this Week is reporting that "Kamloops Mounties have arrested a suspect in connection to a shooting that took place more than a year ago in North Kamloops. Tristan Alan Olson, 23, of Kamloops, was arrested on a warrant last Monday (May 21)."

"On Dec. 30, 2019, at approximately 5:19 a.m., officers attended 349 Alexander Dr., and discovered nearby a 24-year-old man with what were described as life-threatening gunshot wounds. He was taken to Royal Inland Hospital in serious, but stable condition. The shooting was believed to be targeted and the residence and people involved known to police as part of the local drug trade." Wherever you let drugs be sold, violent crime increases.