I can't stand Twilight. I'm not into vampires and werewolves. That ridiculous drama has been well over played. Yet this one is like a comical remix of Bewitched. It's modern and has many hidden plots that reveal themselves along the way but the underlining theme is good versus evil.

A quote from Season 1 episode 12 states "When those in power repeat lies long enough, the people start to believe them. Just turn on the news." How true. We need to think for ourselves.

Season 1 episode 13 has a shot of the Vancouver Planetarium in it. I guess it was filmed here. 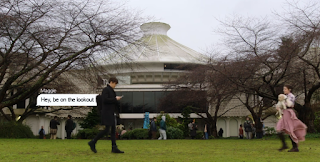 It's also filmed on UBC campus. It's kinda like Harry Potter.

Season 2 episode 18 has a shot of the Cleavland Dam in North Vancouver. 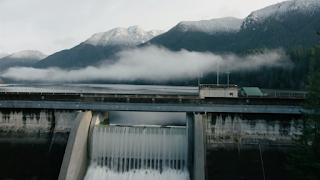