Kurt Sutter gets cancelled by Disney 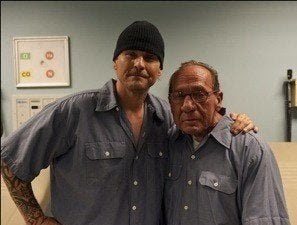 Speaking of cancel culture, I just clued in Kurt Sutter from Sons of Anarchy was cancelled from Mayans MC by Disney. Dealine reported that "Kurt Sutter was fired from his executive producer post on the FX series Mayans M.C. based on complaints from cast and crew collected by the human resources department of Disney, which now owns FX as well as the studio that produces the Sons of Anarchy spinoff, 20th Century Fox TV/Fox 21 TV Studios."

"In a letter Sutter sent today to his inside circle, which was obtained by Deadline, he details the events that led to his dismissal. The truth is, the suits wanted me gone. I stepped on toes and bruised egos. And in this Disney regime, I’m dangerous to the wholesome brand." Ya think?

Ya think promoting baby killers and forced prostitution is a bit extreme for Disney? I don't want to hate but I can't stand the guy. Stepped on toes and bruised egos? He's the freaking ego maniac. Sons of Anarchy is absolutely ridiculous and the cult following it has is Orwellian. A generation of wannabe f*ck ups. People who aspire to be f*ck ups. It's beyond me.

He had a good run. You can only pedal that depravity for so long until the mob finally grows out of it. After all, we are supposed to grow up in life and become responsible. That's what real men do. Kidnapping little girls and forcing their mother to become a prostitute so you can make money is not something we should promote. It's nothing to be proud of. Posing with Lenny the Pimp.

Sorry, I don't want to hate. Southpaw was good. Maybe when Kurt grows up, he can start producing some morally responsible material. Chaos Walking is a colossal step forward. It's unfortunate the mob just wants sh*t. Fame and fortune or integrity and self-respect.