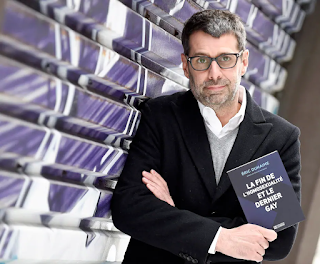 The Canadain Press is reportuing that "The governing Coalition Avenir Québec has dumped one of its members over a political donation she made to a rival party. The party led by Premier François Legault announced late Tuesday it had removed Claire Samson from caucus over a $100 donation she made to the Conservative Party of Quebec, led by Éric Duhaime. Samson will now sit as an Independent for the remainder of her term, but she was unfazed when reached for comment, saying she rejects the governing party and no longer wants to be associated with it."

"Samson says she does not regret the donation and has the right to contribute to the party of her choice. But the Coalition party ruled it could not accept one of its members donating to a party that contests COVID-19 health measures, as Duhaime, a commentator and radio host, has done on numerous occasions." Right. Thinking is against the law.

Éric Duhaime is a Quebec conservative radio host that questions the covid narrative. Now that's what I'm talking about. When I first read the title of his book, I misunderstood. Turns out he is Gay but doesn't see himself as a victim. In his book "he proposes to put away the rainbow flag and instead take out the champagne to celebrate the victories acquired. For the author, acting as a martyr is from another era. In this book, he wants to testify that it is possible to be gay and happy in Quebec, living life to the fullest." Voici, c'est magnifique!

This guy could be the next Prime Minister. Unlike Erin the Fool, Éric is Conservative.

Meanwhile, back on the ranch, the cancel culture is trying to cancel the new leader of the Green Party. Evidently, the socialist take over of the Green Party only want women of colour who do as they're told. Fake feminists and fake environmentalists. We see through you.

Update: The Montreal Gazzette is reporting that "Ousted Coalition Avenir Québec MNA Claire Samson plans to sit as a member of the Conservative Party of Quebec when the legislature resumes sitting in September. Samson’s decision means Duhaime will have instant access to the legislature because only a sitting MNA can invite an outside political leader." That is progress.