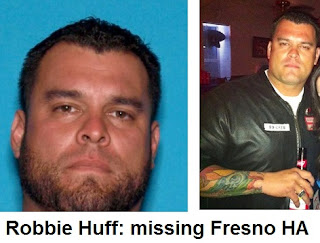 The Mercury News is reporitng that "The 2016 disappearance of longtime Contra Costa County resident Art Carasis, 66, is now the third such missing persons case that authorities have acknowledged they investigated before obtaining a racketeering indictment against 11 Hells Angels in 2017."

"The other two are Robbie Huff, 34, of Fresno, and Joel Silva, a Sonoma County resident believed to have been shot and killed in 2014. The three men share other commonalities: all were members of the Hells Angels, and all seemingly vanished in or near the Fresno area, where prosecutors claim Silva was murdered and illegally cremated."

"A defense motion from last year says prosecutors initially sought to introduce evidence from both missing persons’ investigations against two defendants: Brian Wendt, the president of the Fresno Hells Angels chapter who is accused of shooting Silva in the back of the head inside the Fresno clubhouse, and Merl Hefferman, the man accused of disposing of Silva’s body."

The prosecution states that “As president, (Nelson) is responsible for each of the violent acts committed by Hells Angels Sonoma chapter during his tenure. He is responsible for the beatings, the armed robberies, the assaults, the extortion, and the witness intimidation alleged in the superseding indictment, as well as the numerous other violent crimes committed by HASC members that are not set forth in that charging document.” Indeed he is.

Does that mean Sonny Barger approved the murder of Margo Compton? Please advise.

Update: The Fake News media is LYING and claim Sonny Barger disapproved with the murder of Margo Compton and her twin daughters. Odis was Badger's buddy. Sonny attended his trial. After he was convicted of the murder, Sonny hosted Odis as a proud Filthy Few Fellowship member on the West Vegas Big House Crew website. If the Badger disapproved of the murder, he would not have done that. They have since taken the page down but it was there. I saw it. 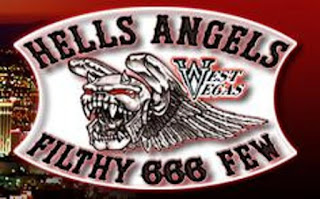