Gabriel Wortman and the leaked 911 calls 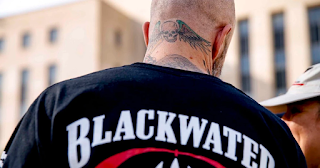 Global is reporitng that "The RCMP’s near-blanket refusal to provide information about its investigation into the shooting spree that terrorized Nova Scotians in April of last year may be to blame for a series of leaks to a Halifax magazine, policing experts told Global News.

CBC is reporitng that "The public inquiry examining the circumstances of the Nova Scotia mass killing is calling for Frank Magazine to remove highly sensitive audio of 911 calls." 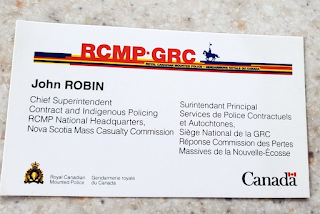 "The recordings make it clear that 911 operators were told the gunman was driving a police vehicle when he went from house to house in Portapique killing his neighbours and lighting homes on fire." Most of the witness simply saw a man dressed as a police officer driving a police car shooting people. Locals are very concerned that fact was not released to the public as it is an important detail to reveal to protect innocent lives. He had a cop car but did he have a uniform?

Two of the callers identified the gunman, either by name or by indicating his profession. That is significant IF true. However, there are a lot of shady things going on in this case. Covering up the fact that the gunman was dressed as a cop driving a cop car is one of them. Makes it kind of easy for a Blackwater contractor to impersonate him.

Earlier MacLean's stated that "The Nova Scotia shooter case has hallmarks of an undercover operation. Police sources say the killer's withdrawal of $475,000 was highly irregular, and how an RCMP ‘agent’ would get money." Initially the RCMP were trying to portray the mild-mannered denturist as having ties to organized crime by claiming he had a huge sum of money deposited into his bank account. Turns out that money came from the RCMP.

Tragically, I don't think we will ever find the truth. If this was an undercover operation like MacLean's implies, the cover up will be complete and the disinformation never ending. My point is this: the guns he was alleged to have used were not legally obtained and there is no motive for the murders. Any mass shooting without a motive is suspicious.