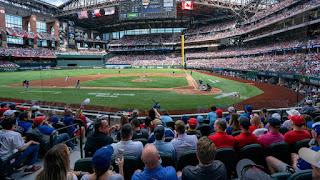 CTV is reporting that yesterday the Texas Rangers and the Toronto Blue Jays played in Arlington, Texas with the stands full of people watching. This is what normal looks like. Toronto won 6-2. The article states that the fans who participated chose to make a calculated risk to attend the baseball game. That is their right. We have the right to chose what risks we will take.

If you're afraid, stay home. If you want to wear a mask, wear one. No one is stopping you. That is your choice. Everyone makes a choice when they get behind the wheel of a car or cross a street. There is a chance you might get hit by a car if you cross that street or die in a car accident if you ride in that car. The same with flying. There is a chance that if you fly in an airplane, you could die. We all make choices and we all have the right to make those choices. 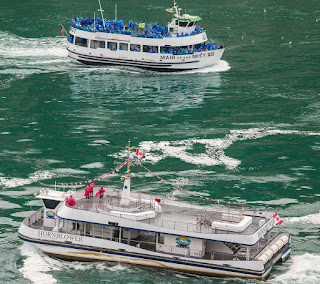 We saw the economic devastation a universal lockdown created. The city of Vancouver was ready to go bankrupt because no one was working and paying taxes. A three-week lockdown has turned into an unprecedented trade war with Communist China's State-run media. They are the ones censoring our doctors both in Canada and in the US.

CBC lied about the hospitalization rates in Manitoba. They didn't make a mistake, they lied. When Covid was at it's peak, the State-run media lied about hospitalization rates in California, New York and Australia. They showed huge line ups outside on TV and people would go there with their phones and video no line ups at all. I'm not saying people aren't hospitalized with Covid. I'm saying they are lying about the numbers. The PCR test is worthless.

Right now most of the US is open for business and half have no mask requirements.

Just over a year ago I made a post that said we need to implement VBR - Voluntary Business Restoration. We need to let businesses open on a voluntary basis. If people are willing to take the risk, let them. If people are too afraid to take the risk, let them stay home. The slogan stay home, save lies is a lie. Stay home you kill the economy and our democratic system.

Dr Kulvinder Kaur and Dr Simone Gold are heroes. Bonnnie Henry is the Devil in disguise. We are in a much better position to make informed decisions now. Fool me once, shame on you. Fool me twice. Shame on me. The politicians need to stand down and let us do business if we choose.