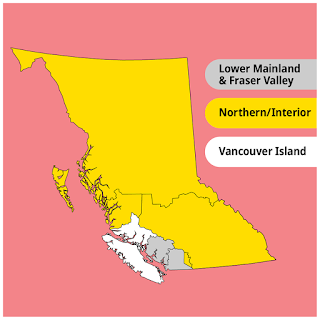 I'm trying to get a clear answer as to the bounties in John Horgan illegal travel restrictions that the RCMP Union are refusing to enforce. The state run website declares the worst Premier in BC's history has created three travel zone, the lowermainland which includes Vancouver and Fraser Health, Vancouver Island and everywhere else.

Hope and Harrison are Fraser Health while Squamish is Vancouver Health as is Whistler and West Vancouver. That would imply that any nonessential travel within that zone would be legal according to John Horgan's ridiculous rules. However, they have arbitrarily removed Hope from the Fraser District and placed it in the Northern District.

This has nothing to do with promoting health. This is illegal because it violates the mobility rights within the Canadian Charter of Rights. This is far worse than fast ferries or anything Gordon Campbell did. History will remember John Horgan and the BC NDP as traitors and tyrants. Bonnie Henty used to work for the WHO but Theresa Tam still does.