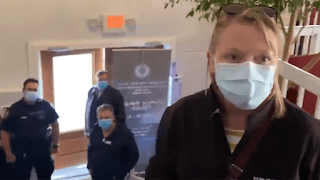 Some ministers understandably defied the Easter closure order and there were some obscene police actions. I didn't want to post it over Easter because it was so negative. I wanted Easter to be a positive event. Even if it was just virtual. A time for us to reflect upon our own beliefs.

Rebel News picked up on the video of the Polish minister chasing the police out of his church sanctuary. This didn't happen in China or Poland. This happened in Calgary. That is very disturbing. Churches and places of worship are supposed to be sacred soil like an embassy. Julian Assange sought asylum in the Ecuadorian Embassy. Likewise people often seek asylum in churches as they are supposed to be protected by law. Seeing armed police officers defiantly storm a church in Canada is astonishing. I wonder if any of those officers have ancestors that served in the military and fought in the war? They have obviously missed the point.

The minister in the video was from Poland. He saw the Fascists invade from one side and the Communists invade from the other. Both systems are equally deplorable. Yet that is exactly where we are heading. The media is maliciously misrepresenting the science and defiantly lying about the numbers. We need to defend the real science and reject the globalist lies.

In contrast, as I discussed different traditions over Easter, someone sent me a video of two young men in Latin America. One was dressed as Christ carrying the cross while the other was dressed as a roman soldier beating him. They acted out the crucifixion on a cross walk in the middle of traffic. It was somewhat profound. This is why I encourage people to travel. 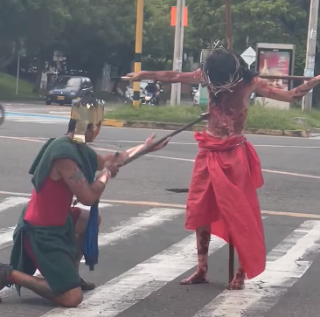 One of the nice things about Canada is that for the most part, no one cares what church you belong to. The downside is that most Canadians don't go to any church. The ancient traditions and the higher ideals are being lost in our materialistic world. Yet we are free to rediscover them if we so choose. The choice is ours as it should be. That is why we need to defend civil liberty. 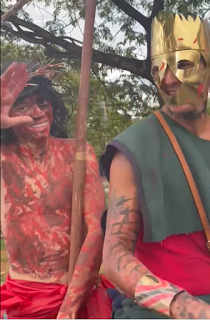