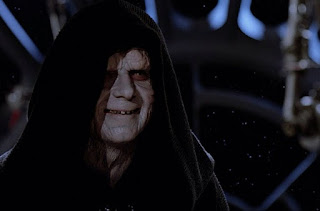 These next two posts are going to be polar opposites. A little yin and yang - good and evil - light and darkness. First the darkness. Kennedy Stewart is a mayor without a party. He was a federal MP for the NDP and gave up his seat so Jagmeet Singh could have one. He then ran for mayor of Vancouver and won by fewer than 1,000 votes over Ken Sim, the Non-Partisan Association (NPA) candidate. I endorsed Ken Sim. I don't have a problem with Kennedy Stewart. I think he's a good person who has been led astray by nonsense. I shall explain.

Kennedy Stewart disbanded the Oppenheimer rape camp because it was the right thing to do. After they were offered housing and refused, that camp stopped advocating for the homeless and started advocating for crime and lawlessness. There is no social justice in raping women.

However, now he is advocating for the legalization of all drugs and I cannot accept that. That is in no one's best interest except for the drug dealers who are exploiting and brutalizing the homeless in the DTES on a daily basis. There is no need to legalize or decriminalize simple possession of hard drugs because look around, people aren't arrested for smoking crack or injecting heroin just ask Snoop Dog. When Snoop Dog came to Vancouver and saw the open heroin use in the DTES he was appalled and said ya'll gotta clean this sh*t up. He's absolutely right.

The Four Pillars drug strategy consists of: Harm reduction, Prevention, Treatment and Enforcement. There are Four Pillars not one. Enforcement means enforcing the law and reducing the amount of harmful drugs on the street. That saves lives.

Prevention means telling people drug are bad and harm your body. Crystal meth is made with Drano. Crack is cut with Levamisole. Levamisole is used to deworm cattle. However, in humans it suppresses the immune system and creates flesh eating disease. Crack and crystal meth are bad for you. As insane as this sounds, we aren't telling people that. We're just handing out free crack pipes and free needles teaching people how to safely use drugs. We are not telling people that drugs are bad for you. That's prevention and we're not doing it.

Treatment is one of the Four Pillars. Right now if someone wants treatment, they can't get it. That is the problem. When we bought into the Four Pillars program we were told that it was "successfully used in such cities as Geneva, Zurich, Frankfurt, and Sydney, this four pillars approach has resulted in a dramatic reduction in the number of drug users consuming drugs on the street and a significant drop in overdose deaths." Clearly that did not happen in Vancouver.

Since adopting the Four Pillars program in Vancouver we have seen a dramatic increase in the number of drug users consuming drugs on the street and a significant increase in overdose deaths. It's off the charts. That's because we didn't do it. We turned harm reduction into harm promotion and threw away the other four pillars.

Now the lawless freaks are citing the Portugal model but they are only telling you part of the story and are leaving out the most important detail. That's because they don't want to reduce the number of addicts on the street, they want to increase the number of addicts so they can make more money. That is what this is really about. BTW speaking of BC Rail, Christy Clark's husband Mark Marissen has announced his plans to run for Mayor of Vancouver GMAFB.