Genocide and Lawlessness: The Gates of Hell 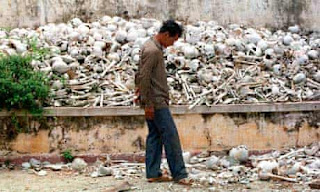 Apparently in Bangladesh, the genocide is being committed by Islamic extremists who she refers to as Islamicists. Islam teaches that rape, murder and robbery is wrong just like every other religion so the problem here isn't Islam, it's lawlessness.

So here we see the rock, paper, scissors of genocide. In India the Hindus have been accused of committing genocide against the Sikhs. In Burma we see Buddhists slaughtering Muslims. Buddhists for f*cks sake. Buddhists are the most peaceful people on the planet. The Dalai Lama doesn't not support that. The problem isn't religion. The problem is lawlessness.

In Rwanda it was one tribe of black people exterminating another tribe of black people. In Northern Ireland is was two groups of Christians fighting with each other, both were white. This kind of insanity is addressed within a free republic where civl liberty is protected by law. The flag for the Irish Republic is green, orange and white. Green represents Catholics, orange represents Protestants and white represents peace between the two.

Communism has murdered more people than everyone else put together. Chairman Mao murdered more people than Adolf Hittler. Communism is a single party totalitarian system which is the direct opposite of a free Republic. Religion isn't the only enemy of Communism, everyone is. Everyone who disagrees with them. That system is built upon lies and censorship involving the gradual removal of all civil liberty. Slavery is the result. That is their end game.

I believe in law and order. I sustain just laws. I do not sustain corrupt governements who break the law. Judaism has a lot of laws. Ben Shapero talked about the Seven Laws of Noah which applies to the Gentiles. Like the 10 commandments, they are basic common sense. Let's start with the top three laws in a civilized society: murder, robbery and rape.

Satanism states Do what thou whilt shall be the whole of the law. That makes no sense whatsoever. If I can rob from you, you can rob from me and nothing is secure. If I can murder and rape you, you can murder and rape me or my family and anarchy is the result which is not a good thing. A lawless society is not a nice place to live. No one is safe there.

It's like the line in the ACDC song if you're evil, you're a friend of mine. That makes no sense either. Betrayal is evil. If I can betray you, you can betray me and there is no trust and no honour. Murder, rape and torture is evil. If I can do that to you, you can do that to me and we are left with a place no one wants to live in. This is hell. A state of evil darkens where no laws protect anyone. 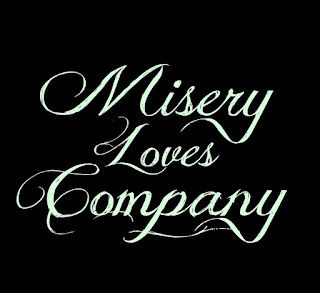