Lawful Protests and Rioting in Montreal 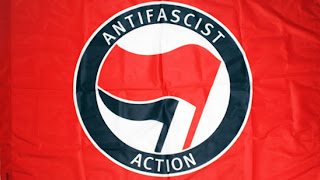 I have a lot going on but I want to make two quick posts to point out the obvious. Sh*t be cray in Moreal. J'aime Montreal. Rebel News showed the ANTIFA whack jobs who hijacked the curfew protest and brought violence. They call themselves the Balck Bloc - Anarchists. We saw before how the Anarchits and the Communists teamed up to create order amidst the chaos - their order.

Anti Lockdown protesters in BC support small business. Rioting and looting is the exact opposite of what they support. Looters are POS ANTIFA they are not freedom fighters. It's interesting to note that ANTIFA built the Berlin Wall. As we know, East Berlin was Communist. They built the Berlin Wall to keep people in and stop them from escaping. However, they called it the the Anti-Fascist Protection Rampart. "The official purpose of this Berlin Wall was to keep so-called Western 'fascists' from entering East Germany and undermining the socialist state, but it primarily served the objective of stemming mass defections from East to West."

I do not support riots and looting. I do not support ANTIFA. I suppose law and order. Civil Liberty is protected by law. Arresting journalists and interfering with the freedom of the press is unlawful.