Brian Sauvé, President of the National Police Federation, which is the Union that represents the RCMP, stated that the NPF Rejects Pending B.C. Police Travel Ban Enforcement Order. "Earlier today, we wrote to Mike Farnworth, Minister of Public Safety and Solicitor General to express our disappointment and grave concerns about the Province's proposed police participation in enforcing a COVID-19 ban on non-essential travel outside of the Province."

"Since the official announcement of these travel restrictions, the National Police Federation has been hearing loud and clear from a growing number of RCMP Members asking us to oppose this proposed Order. In addition to shouldering an already heavy and increasing workload, participating in enforcement 'roadblocks' puts even greater pressure on limited resources and puts our Members at further risk of exposure and possible infection."

"Equally important, we are continuing to enhance and build on our relationships with vulnerable and racialized communities, and the ambiguity and potentially negative impacts of these Orders risk reversing this progress. Last week, the Government of Ontario announced a similar measure, and, that same day, Ontario police services took the unusual step of roundly rejecting that Order. They explained in no uncertain terms that Ontario police officers had no appetite to act on enhanced powers that are typically found in police states, and that doing so would erode a currently fragile public trust, especially with vulnerable and racialized communities."

Thank God for Union representation. Now the question, does the NDP support Unions or not? "police officers had no appetite to act on enhanced powers that are typically found in police states, and that doing so would erode a currently fragile public trust, especially with vulnerable and racialized communities." He nailed it. That is exactly what this is.

Len Faul from Police on Guard for Thee gave an interview with Rebel News. One of their pledges in their mission statement reads "To repair and regain public trust which is being damaged and lost due to the enforcement of Emergency measures." Exatly. It changes the motto to serve and protect into to oppress and enslave. It transforms law enforcement into law breaking Gestapo.

One of the first pledges in their mission statement reads "To honour our Oath to uphold the Constitution of Canada." This is in line with the Oath Keepers in the US. Since the Charter of Rights is the highest law of the land, then law enforcement must uphold that law not defiantly break it. Mobility rights are protected in the Charter. John Horgan's roadblocks are illegal. 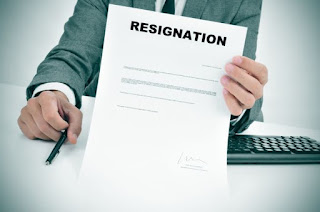