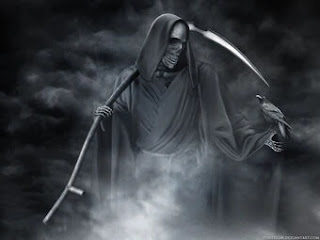 The Montreal Gazzette is reporitng that July 10, 2022, Maurice Boucher, died of cancer in prison. 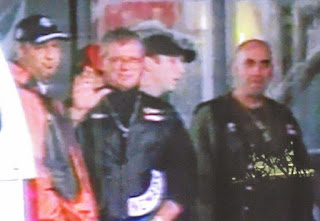 The screenshot is of David Giles with Mom Boucher when he was in Quebec. David Giles was originally from Halifax and spent a fait bit of time with Mom Boucher in Quebec before settling in Kelowna. I billed him as Skellator because he was a drug dealing kingpin that always got off until the Kelowna summer Jam when he was busted for cocaine trafficking out of Panama. That was before the CFSEU became compromised. David Giles also died of cancer in prison.

Skeletor's First Stolen Motorcycle. When David Giles was in Halifax his sponsors in Quebec gave him a stolen motorcycle from one of the members they killed in the Lennoxville massacre.

Mom Boucher wasn't directly involved in the Lennoxville massacre but he benefitted from it and saw it as an opportunity to advance in the club. Mom Boucher started out as a petty theif by robbing a senior at gunpoint then became a big time drug dealer tied to Greg Wooley and Vito Rizuto. Boucher got his patch after getting out of prison for armed rape.

May 4, 1987 the President of the Death Riders, Martin Huneault, was shot to death in a Laval bar. No one was ever arrested for the murder, but just hours after Huneault's funeral, Death Riders Mario Martin and André Richard were seen meeting with Hells Angels Maurice "Mom" Boucher and Normand "Biff" Hamel. Boucher and Hamel received their colours after the incident and Huneault's murder allowed the Hells to completely take over drug trafficking in Laval and the lower Laurentians area. These guys often attend the funeral of people they killed.

Normand "Biff" Hamel was a member of Maurice "Mom" Boucher's white supremest SS motorcycle gang until it disbanded in 1984. That's when he and his mommy became Hells Angels prospects. Biff was a prospect of the Laval chapter and was present when the Hells Angels murdered his "associates" in the Lexonville massacre.

Instead of being outraged that they killed their sponsors, Mom Boucher and Biff Hammel shrugged and said, "I guess that means there's an opening for us now." Salvatore Cazzetta was the co founder of the SS along with Mom Boucher. He didn't approve of the Lexonville massacre. For that reason, he refused to join the Hells Angels and formed the Rock Machine instead. However, there's a little bit more to the story.

Several years ago, after I first started this blog, a Hells Angels author from Montreal came out to Vancovuer for a visit and we went for dinner at the Old Spaghetti Factory in Gastown. He told me about some of the experiences he had and about some interesting interviews of Rock Machine members he conducted. He told me then that the Rock Machine guys he spoke with said that they were in league with Mom Boucher and were only killing Mom Boucher's political rivals.

Sal Brunetti was the leader of the Dark Circle, often described as the Rock Machine’s hit squad. All of a sudden, what that Montreal author told me came true. Mom Boucher was using the Rock Machine and the Quebec Biker War to murder his political rivals within the Hells Angels.