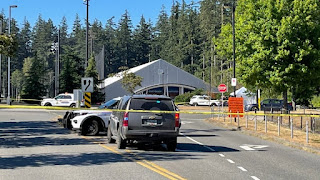 Update: The Surrey Now Leader is reporting that one of the second victims injured has also died.

2nd Update: 6ixaktv is reporting that "Harbir Khosa aka Too Short was the original victim to have been gunned down and is fighting for his life on life support. Jordan Krishna being the other victim who was confirmed to be dead after he succumbed to his injuries. The 3rd is known as Mobeen, he also succumbed to his wounds." 6ixaktv had first hand info about the Whistler shooting.

CTV is reporting that "One man is dead and two others have life-threatening injuries after a shooting in South Surrey Saturday afternoon. Surrey RCMP said in a statement that they were called to the vicinity of 20 Avenue and 146 Street around 2:45 p.m. for a report of a shooting. When they arrived, officers found the three victims suffering from gunshot wounds, police said. One of the men died at the scene, while the other two were taken to hospital for treatment." 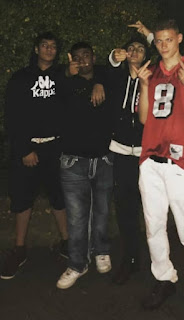 In 2015 Harbir Khosa was charged with possession of a controlled substance in Kelowna.