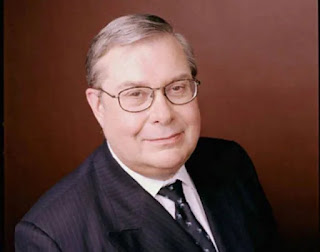 Sh*t be cray yo. There has been a barrage of activity and I will address it one at a time. Except for some. Some I will simply watch and wait because I know how those events are going to play out and if I tell you now, you simply will not believe me. As Ziggy Marley said, we've got to fulfill the book. As I mentioned before, they say in the last days many will be deceived. Now we know why. Sound the war cry - watch and pray. Vanquish every foe today.

City News is reporitng that "Two men have been charged with murder in the shooting death of Ripudaman Singh Malik, a man who was acquitted in the 1985 Air India bombing. Tanner Fox, 21, and Jose Lopez, 23, are both charged with first-degree murder. According to the Integrated Homicide Investigation Team, Fox and Lopez were arrested in their homes Wednesday." What interest would two kids in their twenties have with a 75-year-old man? They were hired.

The Quint is reporting that "The Big Unanswered Question - Why Was Ripudaman Malik Killed? It seems reasonably clear that Malik's killing was a gangland killing. The method of killing points in that direction." AYFKM? "But a few questions remain unanswered... And if indeed Ripudaman Malik's hit was carried out by a gang, what is the motive behind the killing? Malik did not have any known connections or enmity with any gang." Exactly.

They were hired just like Hells Angels associates were hired to kill Dave Hayer's father.

Reid Morden was the director of CSIS in 1985 when they provided the explosives for the Air India bombing. He is a mass murderer. He was also the director when they hired Hells Angels associates to kill Dave Hayer's father to shut him up. David Vigneault is the current director of CSIS and is the prime suspect in Malik's murder. Bad men with no accountability. 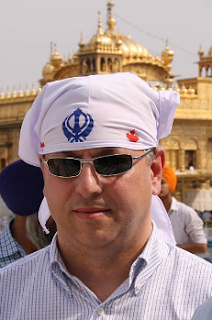 The local RCMP claim that the double homicide in Chilliwack was a domestic shooting. Two women were shot dead and the suspect, who was romantically involved with both women, committed suicide at Bridal Falls. This case is abnormal. I agree that all domestic violence is abnormal but there is something very peculiar about this case.

Domestic violence is very real and abominable. I never understand the jealous rage that says if I can't have you no one can, yet we know it exists. What's strange about this case is that he killed two exs. If he was jealous one woman had started a new relationship, he had obviously done the same. The murders were very real and profoundly tragic. All I'm going to say is that there is something very strange about that story.

Robby Alkhalil's alleged prison break has been cast aside by the fake news. They never called the RCMP out for posting fake pictures of the alledged suspects that helped him escape. That was somewhat bizzare and constitutes what we would normally refer to as an anomaly.

It is also strange that the Washington Post picked up on the Whistler shooting as it was happening. They had the audacity to use these events as a rationalization for Justin Trudeau's gun bills. They failed to mention that Justin Trudeau is the one responsible for an increase in gun violence because he reduced the sentences for gun crime and decriminalized hard drugs.

In fact the Washington Post picked up on a whole list of recent shootings as they were happening to voice their support for gun control. They failed to mention that none of the gang violence comes from legally owned registered firearms. They come from unregistered guns bought in the US that are smuggled across the border. The Washington Post is embracing the WEF.

The Washington Post admits that "The Post editorial board endorsed Barack Obama in 2008 and 2012; Hillary Clinton in 2016; and Joe Biden for 2020. While the newspaper predominantly endorses Democrats in congressional, state, and local elections, it has occasionally endorsed Republican candidates (who are globalists)." That is not objective. They have an agenda.

Speaking of CSIS, should we talk about how CSIS gave Dave Pickton a free pass on the murders? Dave knew where the bodies were buried. CSIS protected him because they were doing an undercover operation on the Picton farm targeting Kerry Ryan where they claimed the Hells Angels were supplying White Supremacists groups with guns. Only there was no White Supremacist group. That was CSIS and the Hells Angels weren't supplying them with guns. Kerry Ryan was their meth cook and CSIS protected him. Welcome to the apocalypse. This is the New Era where all the secret works of darkness shall be brought to light.